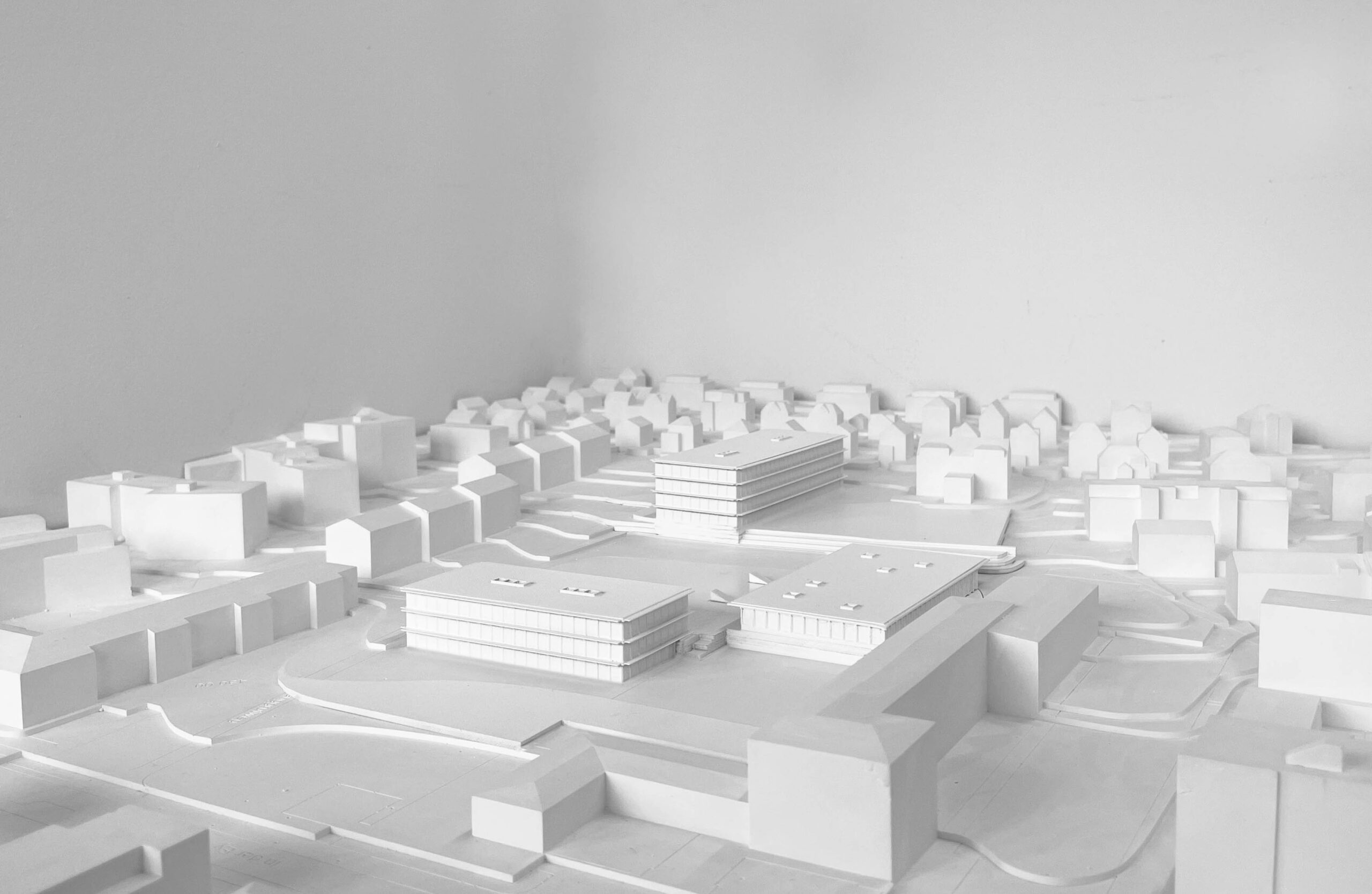 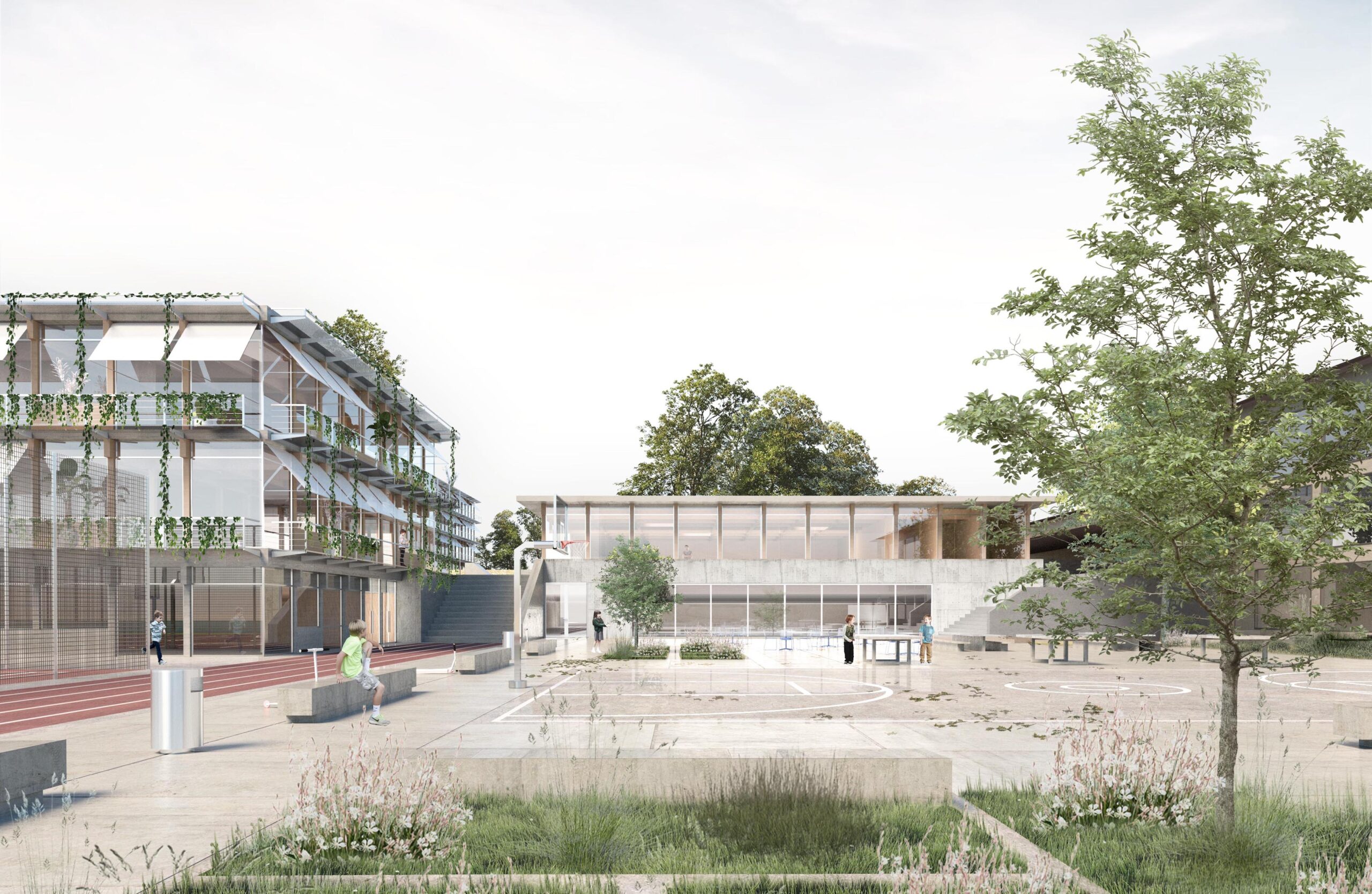 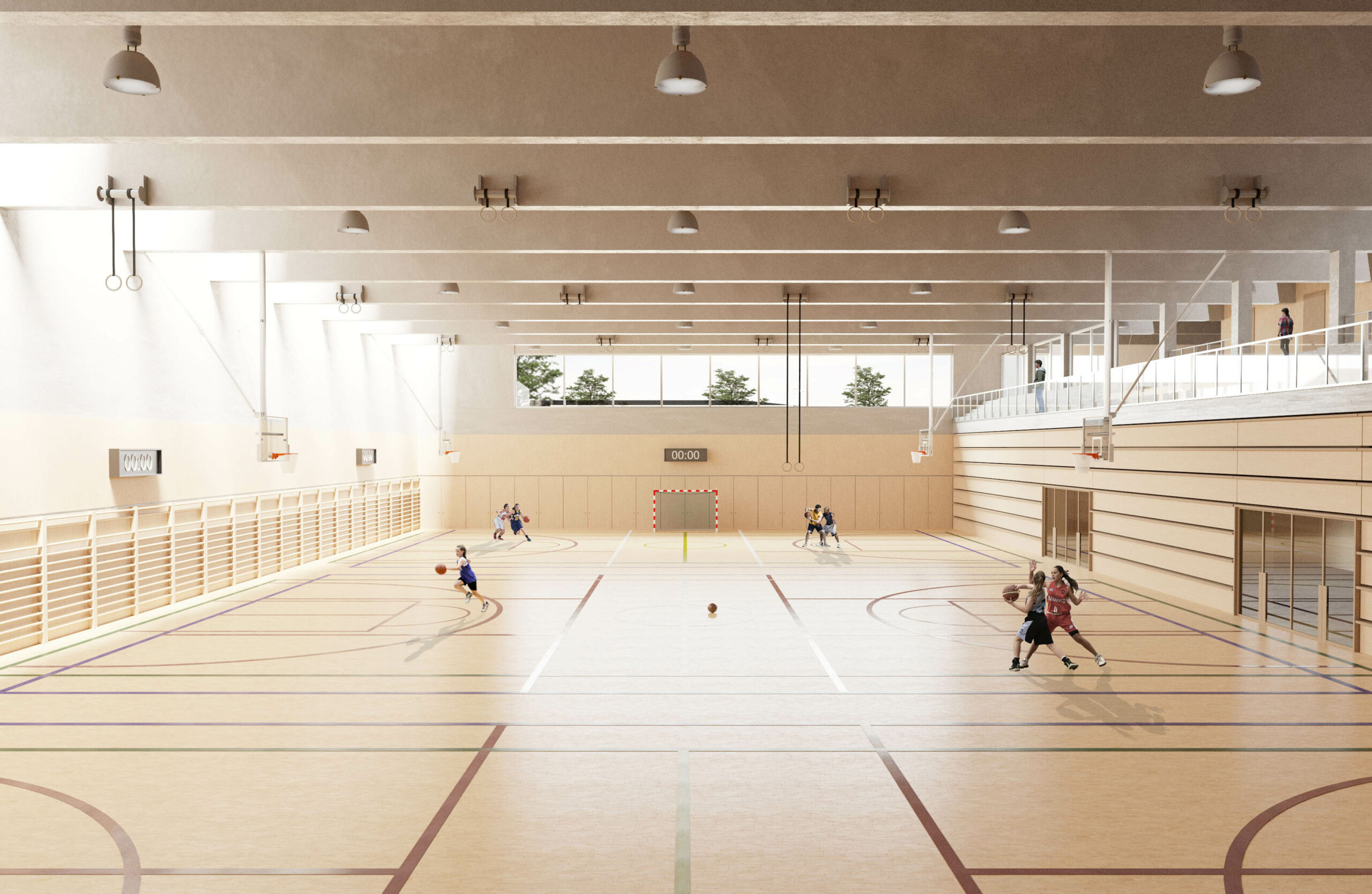 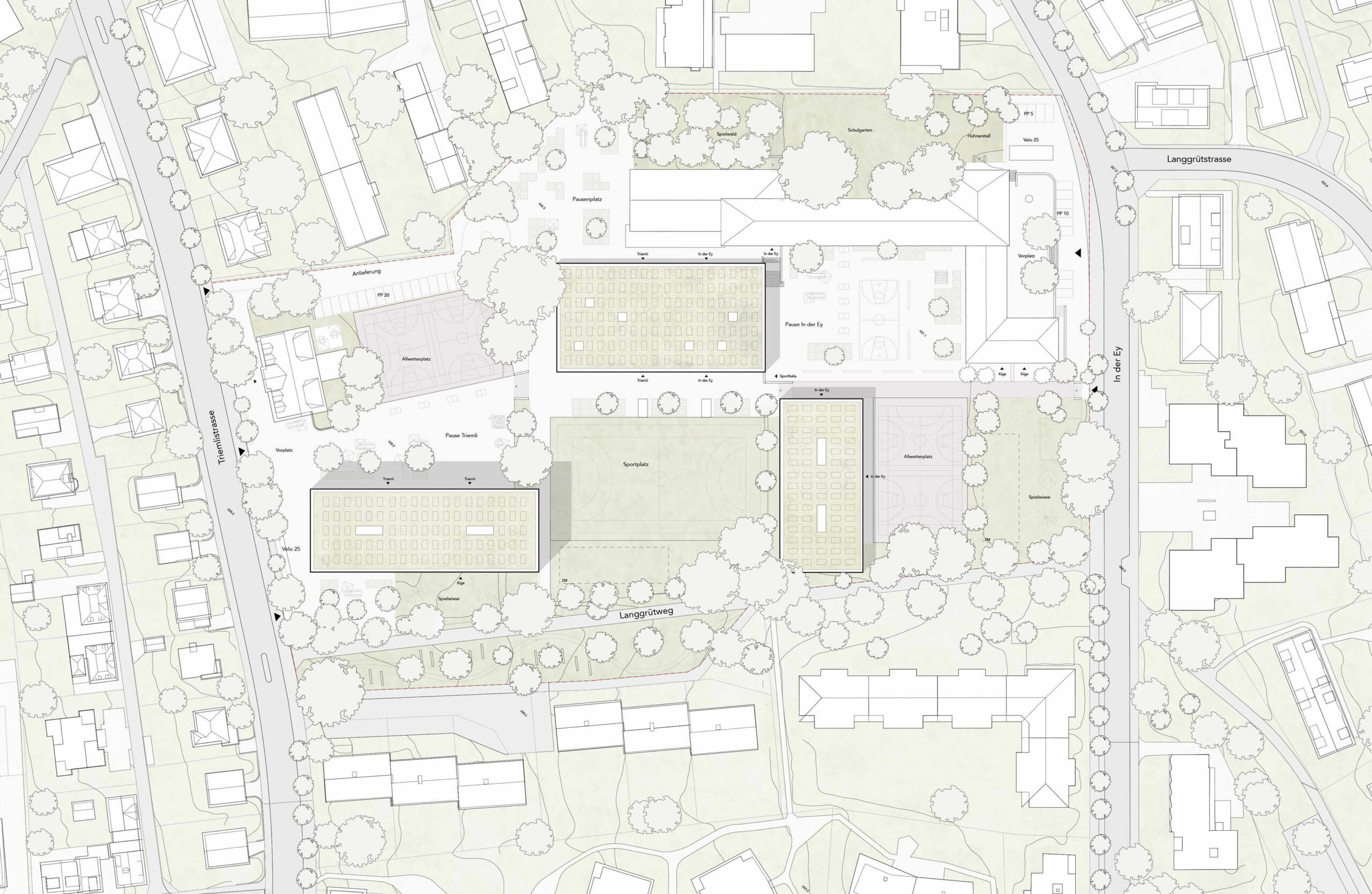 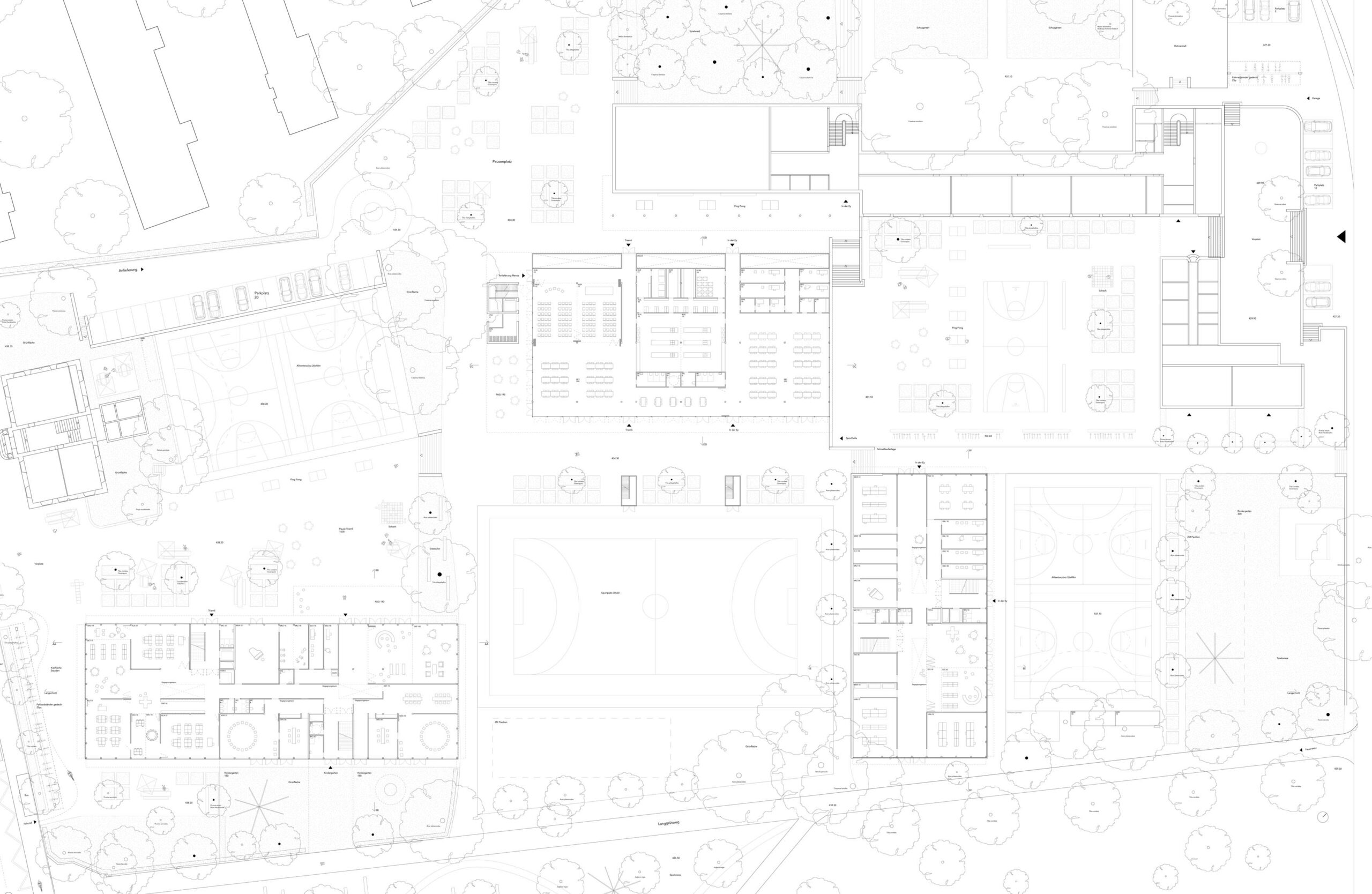 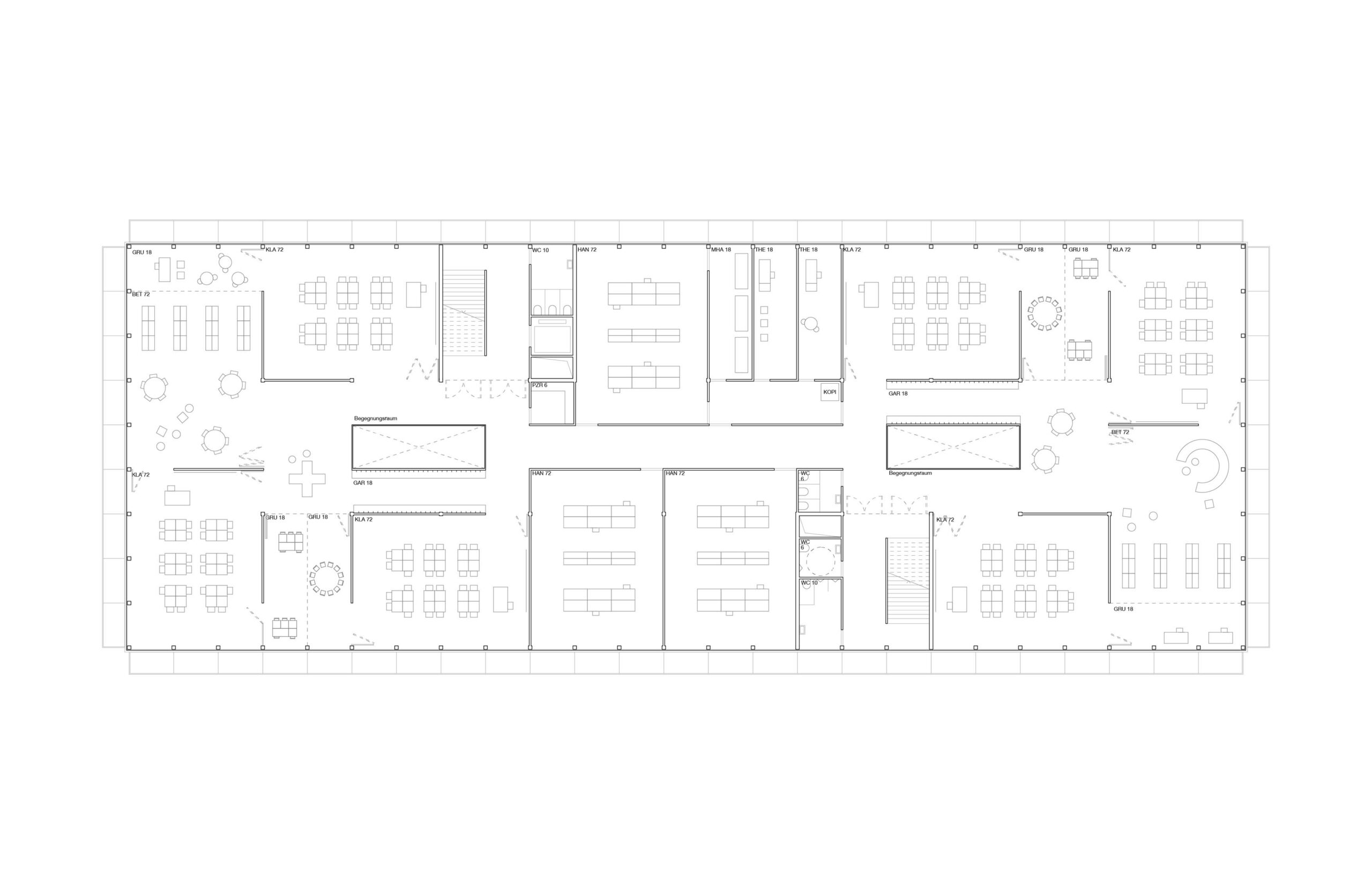 The new campus „I’m Park” connects the Triemli and In der Ey with three new buildings together with a variety of big common exterior spaces. The new school buildings has a clear address in its context and works as three compact volumes situated into the stepping landscape. The terrain and vegetation has been an important study where the new campus creates a new infrastructure for the students, with respect to the existing trees and the buildings. We have tried to step back from the streets, to create a silent and homogen campus that fits its big room program. The buildings have a clear identity and work more playful on the inside, so the kids in the different ages can feel related to their scale. The new exterior spaces create a new dialogue with the old and new buildings on Campus, it also creates a public space for the citizens, where they can spend time outside the School hours. The protected playground next to In der Ey has become an important place for the school and also the new sporthall. The new pausenplatz for Triemli opens up from the street to the rest of the campus, combining the old with the new. It was designed in collaboration with ArchStudio Architekten AG & KH Studio. Team: Christian Fierz, Henrik Gjerstad & Kaspar Sando